Television Advertising: Death by DVR Box or a Temporary Set-Back? 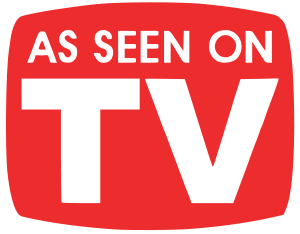 When the Digital Video Recorder box, informally known as the DVR box, was launched and implemented into society in 1999, it’s capabilities awed the public and blew the minds of avid television viewers ( AKA: television-commercial-haters). The ability to record your favorite shows and fast-forward through irritating advertisements was simply the greatest thing since the remote control.

However, all across the country in markets of varying size, Station Managers, Sales Managers and Account Executives were quietly, secretly cringing throughout the day and praying at night that this new technological device wasn’t going to end their careers as a television commercial-pusher. After all, if the public caught wind that they could watch their favorite prime time stars without interruption from advertisers, what would they be able to sell?

So, is television advertising as effective as it once was? Or has the DVR box permanently placed seeds of doubt in the consumer’s mind in regards to how often commercials are actually skimmed over? While there are varying opinions on this, statistics (as well as consumers’ behavioral patterns) have shown that while commercials may not be seen as often as they once were, there are primarily two categories of programs that are still preferred to be watched LIVE: news and sports.

That’s right- the overall consumer in any market does not want to watch their local news as a re-run, and they sure don’t want to watch their favorite sports team win the game 3 hours after it ACTUALLY happens. Sure, there are exceptions to this when these type of shows have to be watched after they air. For example, I missed the epic Michael Crabtree catch in the University of Texas vs. Texas Tech football game in 2009 because my sister was getting married. Lame excuse, huh? But as a good rule of thumb, advertisers are typically always safe by placing their television budgets in these program types.

Not all of America owns a DVR box, but many do. It’s not realistic to think that companies’ advertising is seen on television as much as it once was. Any solid Media Buyer will tell you that the key to overcoming this is to analyze your market, research your audience and place in programs where your chances of being seen are the best.

DVR boxes may have hindered television advertising to a degree, but it’s not the end of the world. Just ask the Station Managers, Sales Managers and Account Executives who are still out their selling their product.