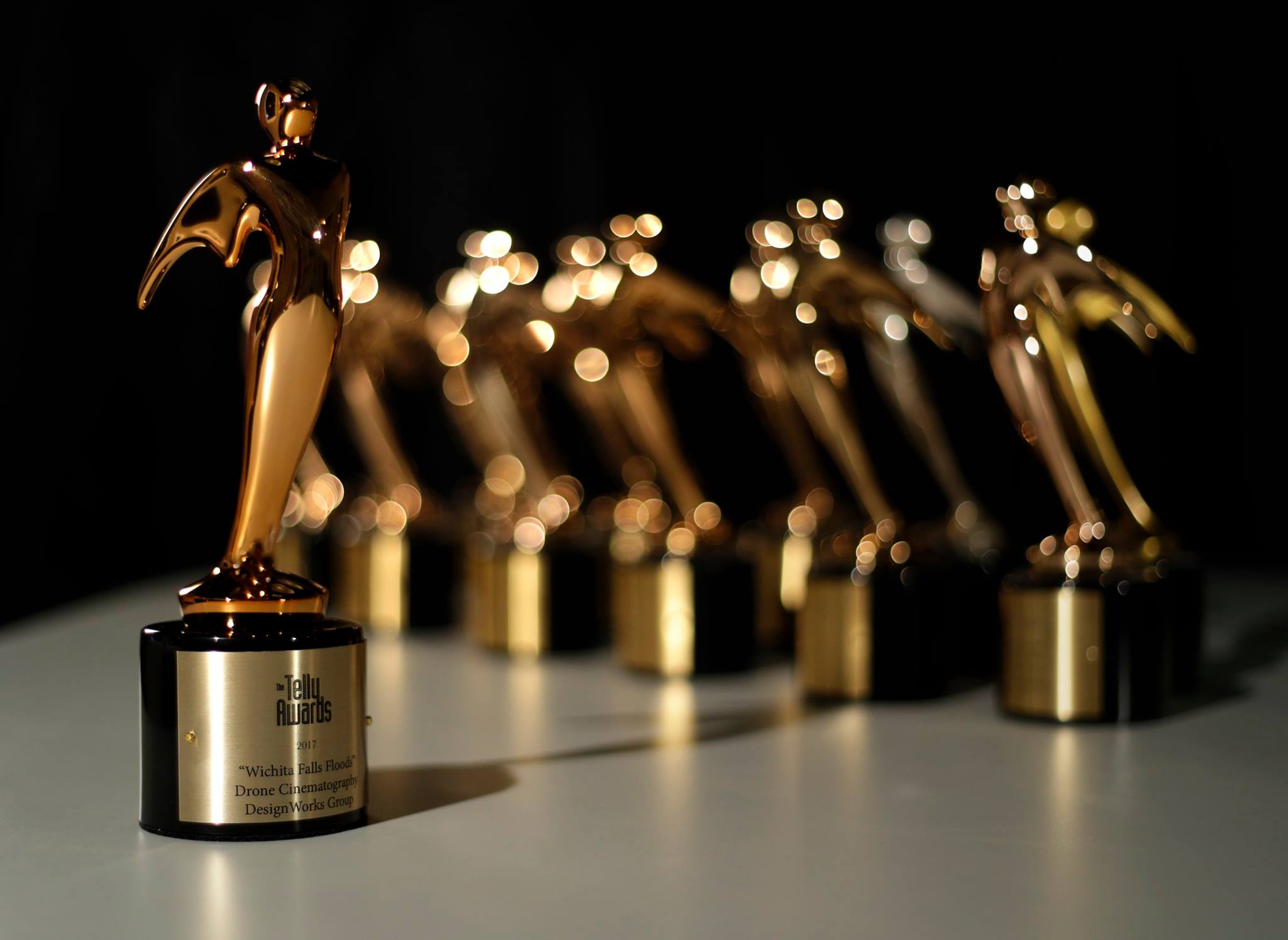 The Telly Awards has named DesignWorks Group as a winner in the 38th Annual Telly Awards for their piece titled “2015 Wichita Falls, Texas Flood.” With over 13,000 entries from all 50 states and numerous countries, this is truly an honor.

The DesignWorks Group video shows the extensive flooding of Lucy Park and the Wichita River. The entire video was shot with a drone and is hauntingly beautiful for documenting a disaster.

The Telly Awards was founded in 1979 and is the premier award honoring outstanding local, regional, and cable TV commercials and programs, the finest video and film productions, and online commercials, video and films. Winners represent the best work of the most respected advertising agencies, production companies, television stations, cable operators, and corporate video departments in the world.

A prestigious judging panel of over 600 accomplished industry professionals, each a past winner of a Silver Telly and a member of The Silver Telly Council, judged the competition, upholding the historical standard of excellence that Telly represents. The Silver Council evaluated entries to recognize distinction in creative work. The entries are judged against a high standard of merit.

“The Telly Awards has a mission to honor the very best in film and video,” said Linda Day, Executive Director of the Telly Awards. “DesignWorks Group’s accomplishment illustrates their creativity, skill, and dedication to their craft and serves as a testament to great film and video production.”

“The talented production team at DesignWorks consistently delivers high-quality products to our clients,” said Sammy Risner, Executive Vice President of DesignWorks Group. “Receiving a prestigious award, such as the coveted Telly, is an extreme honor as well as affirmation of their exceptional skill.”

To find out more about the Telly Awards visit our website at www.tellyawards.com.

To learn how to find new customers for your business, you can download our FREE ebook on the 30 greatest lead generation tips, tricks & ideas!